Last Thursday, we took some time from my studying and Jenny’s work to see something in Hamburg that we’d been unsuccessful in seeing for quite a while: Hamburg’s Rathaus (Town Hall).  We’d tried to take the English tour several times, but had always been thwarted by something ridiculous like a triathlon.  This time, we succeeded.

Hamburg’s Rathaus is an impressive building.  They claim it has 647 rooms, more than Buckingham Palace.  Of course, they might be counting broom closets towards the total; I’ll never know.  Anyway, it’s an attractive example of late-19th century German architecture that miraculously survived World War II (about 70% of the city was destroyed in the war).  The neo-Renaissance exterior is crowned with a tall clock tower and decorated with statues of many German kings and emperors through history.  The interior is beautifully decorated in the public rooms that they showed us.  I’m sure that some of the back rooms are typically dreary bureaucratic hovels, but what we saw was interesting.

Hamburg is fairly unique in being both a city and a state (Berlin and Bremen are the only other such city-states in Germany).  This unique status is driven home repeatedly, as references to the “Freie und Hansestadt Hamburg” (Free and Hanseatic City of Hamburg) are everywhere.  In the Rathaus, it means that city administration, the state parliament, and the state government are all under one roof.  I guess that’s why they need all those rooms. 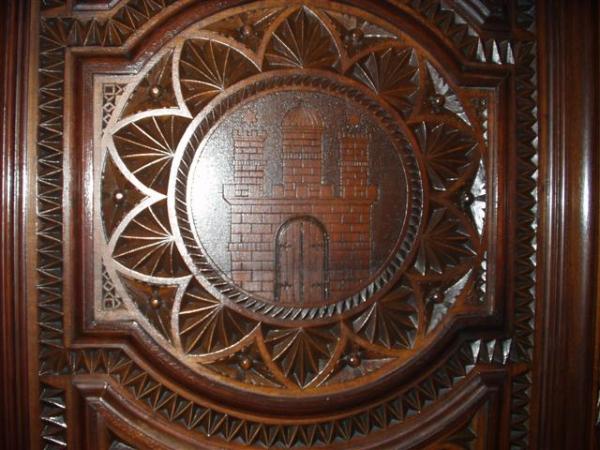 Seal of the city, just part of one of several doors hand-carved by children 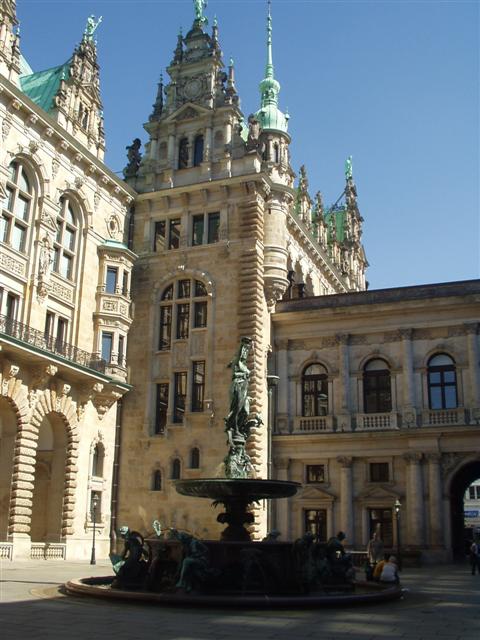 Fountain in the Courtyard

Father of two boys, Angular/TypeScript developer, Ethical Humanist, and world traveler (when I can sneak it in). Contributor to Grounded Parents.
View all posts by Lance Finney →
This entry was posted in Travel. Bookmark the permalink.